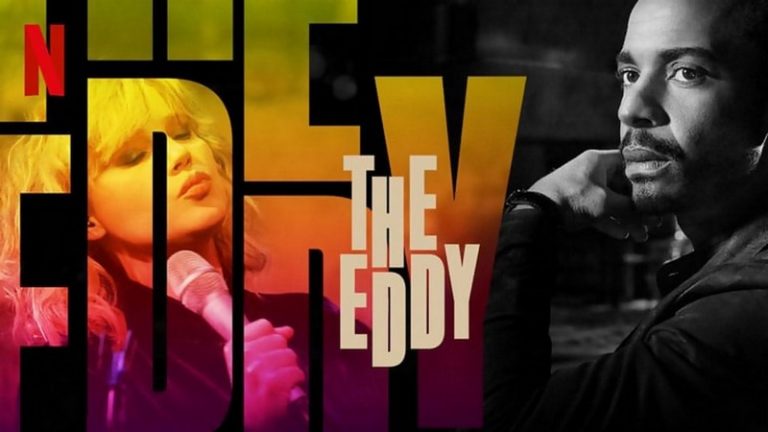 When Intra-diegetic music serves the narration

Scene from the 7th episode : excerpt and Music’s role analyzis

This series is focused on Jazz Music which is its DNA. The music is mainly diegetic : when we hear it, it comes from the story and is lived by the characters.
Here we find a beautiful international cast of real musicians (including Damian Nueva, exceptional Bassist whom I had the chance to work on the Original Soundtrack of “A Media Voz” and that I find in convincing acting).

An album to produce…

In this sequence from the 7th episode, with Alan Poul directing, the camera leads us in Katarina’s intimacy, the group’s drummer, who finds herself in many galleys … It’s also the beginning of the Album’s recording for the musicians.

Here we are in a particular listening situation alongside Maja, the band’s lead singer: we can only hear the voice alone (Track “Bar Fly”), unlike sound engineers who have access to all the music previously recorded. It is a position of auditory partitioning 1 which leads us in strong intimacy with the characters.

The image makes us live parallel stories browsing different places and protagonists of the series: Katarina, Sim and Julie. Everyone experiences very different emotions and the music, which here takes an anempathic2 role, makes the link between them, while ensuring the story’s continuity, since the ellipses are lightened by the musical presence. During this sequence, the sounds are first cut, letting glimpse the music in its simplest way, leading us in a dreamlike form and auto-suggesting dialogues. We then come back to Maja who finishes her song and recover the entire sound sphere with Franck and Elliot’s conversation. The music is then in the background after having been the center of attention on the previous scene.

Characteristic of the “Music on the air”3, the music moves between intra / extra-diegetic4 spaces, thanks to the presence of broadcasting elements (recorders in particular).
This scene wonderfully illustrates what Alan Poul said about the series:

The music “on the air” is a good example – among so many others – we can find in cinema and which have its following qualities: travelling in sound spaces, temporal continuity while advancing the story, dreamlike.
Here the anempathic role allows us to take in consideration the uncomfortable situation of Katarina, filmed from behind in a cramped space which contrasts sharply with the other characters presented here. Position also reinforced by the auditory partitioning mentioned above.

1Auditory Partitioning (Michel Chion, 2003) : Occurs when we cannot hear what some characters are hearing, or when they don’t hear all we are hearing. Auditory partitioning also names the situation in which characters among themselves don’t all hear the same thing, and we in the audience may or may not be privy to hearing one of them.

2Anempathic (Michel Chion, 1985) : The effect of a diegetic music cue’s (or sound’s) ostensible indifference to the pathetic or tragic quality of the scene in which it occurs. What all anempathic music and sounds have in common is that they’re present before the dramatic event occurs, and they continue during and afterward without being affected by it, as if nothing has happened.

3Music “on the air” (Michel Chion, 1990) : In an audiovisual fiction or documentary, sounds or
music are said to be on-the-air when their diegetic source is shown to be some electrical mode of transmission (radio, telephone, intercom, amplifier) that allows them to go beyond the so-called natural mechanical laws of sound propagation and travel freely in space yet
still remain anchored in the real time of the scene. This is particularly the case with music (especially songs), which can shift easily from the status of screen music to pit music.

4Intradiegetic : sound which physically comes from the story. In opposite, “extradiegetic” sounds are not heard in characters’ universe.

Previously worshiped in New York, pianist Elliot Udo is now co-owner of a bankrupt jazz club in Paris which he co-directs with Farid, who keeps secrets which will have serious repercussions on their music band. His wife Amira somehow supports the club. For his part, Elliot maintains an eventful romantic relationship with Maja, the band’s lead singer. And when his 16-year-old daughter, Julie, suddenly reappears in his life, he must overcomes his weaknesses and learn to grow. 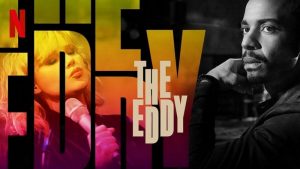